The Polo Diaries: Upping My Game 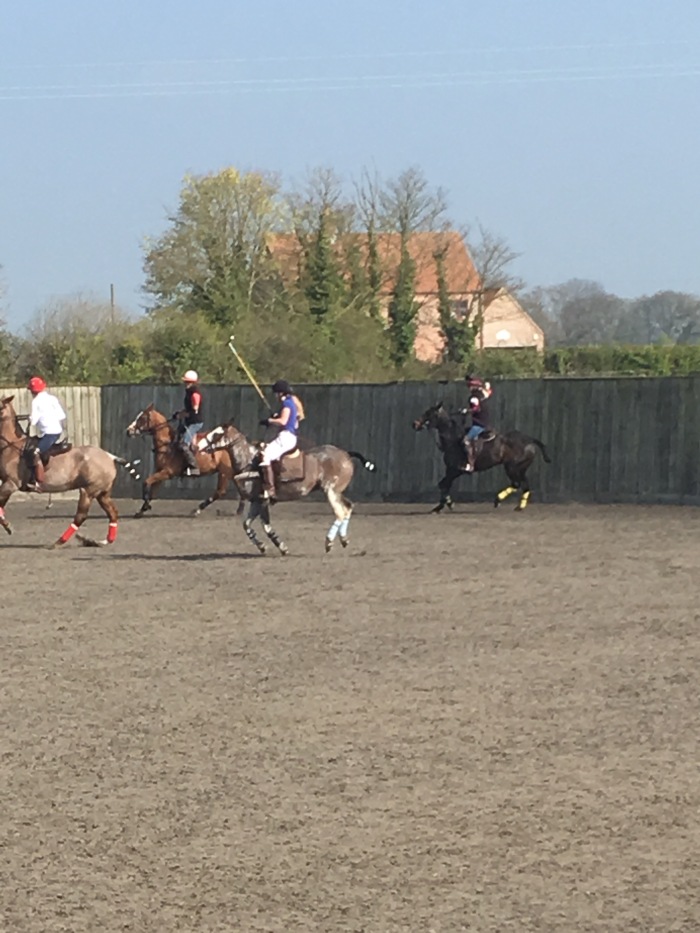 The sun was shining last Saturday as I turned up to Carlton House Polo Club for what would be the first club chukkas of the season. Unable to resist when it comes to polo, and wanting to give my brand new whites an airing prior to my match the following Friday (I figured any Fenella Maxwell moments were best had on a quiet morning in rural Suffolk as opposed to in front of any number of people) when word got out, I simply had to put my name down to play, hoping that my fitness levels would be up to it.

Reunited with Mini Obi, my regular ride at the moment and a pocket rocket of a polo pony, not thinking too much of it, I prepared for the first. I think I had an slight inkling of what was to come as I was rather more thorough in my warm up than usual. Whilst cantering around, getting my eye in, I did cast my eye across at the professionals, on utterly beautiful ponies and wonder what exactly I was letting myself in for.

Teamed up with Harriet, plus the club’s resident 2 goal professional, it was quickly time for the throw in and into my first fast chukka of 2017. I am still not sure how I did it, however I managed to score within the first two or three minutes with only one mishap, a minor collision with Harriet (who did forgive me, probably because I scored two further goals in the fourth and we won…but I digress). As the chukka ended far too quickly for my liking, I made my way out of the arena and up to the viewing gallery, I was double chukka-ing Mini Obi and as polo ponies cannot be played in two consecutive chukkas, I had two chukkas in which to rest and watch before I was on again in the fourth.

Having worked off quite a bit of enthusiasm in the first, the fourth was a bit more civilised however my (lack of) fitness was conspiring against me and my core muscles did begin to ache rather a lot by the time the fourth chukka came to a close. Filled with enthusiasm and relieved that it went as well as it did, it was then time for a coffee…a much needed coffee…